Homegrown Tomatoes Are Back! 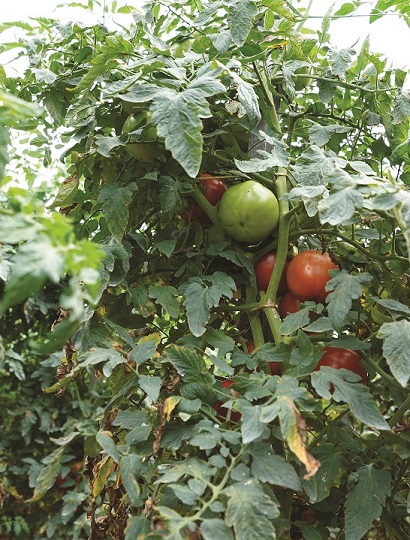 Homegrown tomatoes are back at The Citrus Tree Market!

Solanum lycopersicum originated in the Andes Mountains of South America, most likely Peru and Ecuador. They are thought to have been domesticated in pre-Columbian Mexico. The name “tomato” is derived from the Aztec word tomatl.

Tomatoes were eventually brought to North America from Europe. There are records of tomatoes being raised by Thomas Jefferson in 1781 and were documented as grown for food in Louisiana in 1812, but they did not gain popularity in the United States until the early 1900s. Ohio has since declared the tomato as one of the official state fruits and named tomato juice as the official state beverage in 1965.

Botanically a tomato is a fruit; it is the berry of a flowering plant. Due to its savory taste, lower sugar content, and nutritional value, it can also be classified as a vegetable. This crisis of identity was resolved by a 1893 United States Supreme Court ruling that, for legal and tariff purposes, officially declared the tomato a vegetable.

Tomatoes are an excellent source of Vitamins C, A, K, B9 and antioxidants. Vitamin C supports the production of collagen in the body while B9 helps balance homocysteine levels, which can reduce risk factors for heart disease. The antioxidants can help combat against the formation of free radicals, which lead to cancer. The fiber and potassium found in tomatoes help support heart health and maintain healthy blood pressure. Tomatoes can reduce blood glucose in diabetics and are a good source of folic acid. Since tomatoes are primarily water, they can also aid in hydrating the body.

Tomatoes are diverse in their uses. Add to salsa, salads, omelets, pizza and pasta sauces, sandwiches, and stews. Or use cherry or grape tomatoes in a veggie platter and dip in hummus or plain yogurt. Kindly remember that tomatoes (specifically the leaves, stems, and unripe fruit) are not friendly to pets and should always be washed before human consumption.

Here’s What We’re Cookin’ Up!